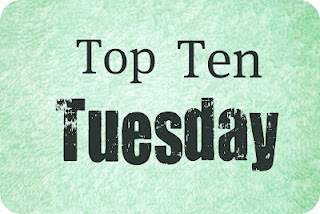 Top Ten Tuesday is hosted by the ladies over @ The Broke and the Bookish.

This week's theme was a thinker for me.  As I browsed my shelves to see what books I thought should be tomorrow's classics, I found myself thinking not only which books would make my list but WHY.  I must admit that I'm in a political state of mind right now; I've just finished reading The Hunger Games trilogy and have been thinking deeply about comments my students have made over the last year as we read Cold Mountain and The Book Thief in classes.

I'm worried that today's young adults have become incredibly self absorbed.
Please don't laugh; I realize they've always been that way.  But, during the times we've had sensitive disucssions in class, many seem to fall back on "Well, that's just my opinion and that's all there is to it."  My problem has not been with them having their own opinion; it's having their own opinion but not having any earthly idea why they have their opinion.  Logical discussion is out of the question in many cases, and they resort to "meanness" quickly.

My other problem is their lack of knowledge of anything outside their own little worlds.  Yes, they've all been taught that there was a Civil War, for example, but they don't see the point in even talking about it anymore.  It happened. Past tense.

And, my last problem is their complete lack of interest in anything that doesn't affect them directly.  You mean there are other people in the world, other cultures, other histories?  I don't care about that.  Let's talk about me.
Oy.

So with those specific issues in mind, from my own personal teacher's perspective, I made this week's list. 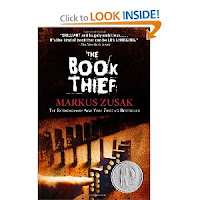 2.  The Kite Runner by Khaled Hosseini - we all think we know about life in Afghanistan...those evil Muslims over there just waiting to attack our country.  Oh yes, we really have students who believe that.  While I never believed that particular urban legend, the first time I read Hosseini's novel I was blown away about how much even I didn't know about Afghani history...even the current history. 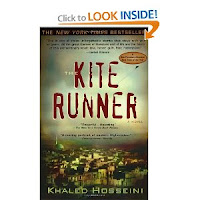 3.  The Hunger Games trilogy by Suzanne Collins - what I think this trilogy does well is provide a look into a possible future scenario...the possible results/consequences of citizens who don't learn from their past, who take their freedoms for granted, who practice blind conformity and allow themselves to be duped into captivity.  There are images in this trilogy that are difficult to consider, but I think that's exactly the point.

4.  The Glass Castle by Jeannette Walls - I can't convey to you the number of excuses I hear on a daily basis about how hard life is and why students can't get their assignments done.  I would like a stack of Walls' memoir in my office so that I could hand them out to every student who comes into my office thinking their life is hard...I would tell them to read this and then come back and talk to me if their life is more difficult than Walls' and her siblings.
And, this book takes place inside the good ole US of A. 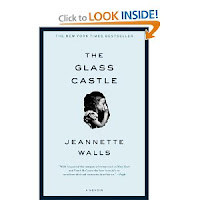 5.  Forgotten Country by Catherine Chung - while this wasn't my favorite read, I think it covers a part of history that many of my students simply don't know about.  My students are quick to point out the prejudice in other countries, but they are not aware of our own country's prejudice, mistreatment of immigrants from other countries.  Koreans, like Germans, Japanese and Vietnames, are steeped in negativity in many of our students' minds without any consideration for another view. 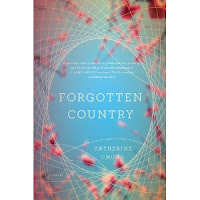 6.  Shoemaker's Wife by Adriana Trigiani - the immigrant story is one that my students think they know.  They think everybody wanted to come to America bc it was and is the greatest country in the world and like Oz, the streets were paved with gold and life was so horrible in every other country in the world.  Now, part of that is true...many early Americans did need to leave their countries, but it wasn't always bc they wanted to and it wasn't always peaches and cream when they got here either.  My students think of The Godfather when they think of Italian American immigrants or any other of the mafia films. 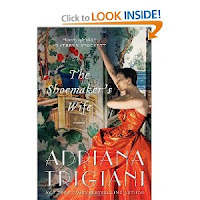 7.  Gods of Gotham by Lynsay Faye - did you know that we didn't always have a police force?  I didn't.  It never even occurred to me that people wouldn't want a police force...slapping my forehead with my palm here.  What I think Faye's book does well is paint a picture of old NYC as the hub of America, the melting pot, or tossed salad or antipasta or whatever analogy you think fits best...this is the NYC without all the bright lights, big city, The Big Apple, Sex and the City etc. 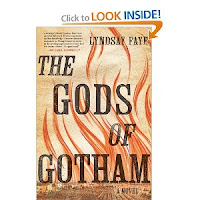 8.  Crooked Letter, Crooked Letter by Tom Franklin - this is a history my students are familiar with...and one they roll their eyes at the most.  Set in MS Franklin's novel never feels preachy and the life stories of the two main characters are not good guy vs bad guy...it's muddled...as it is most of the time in real life. 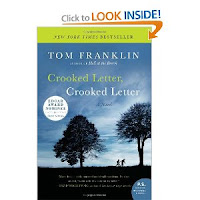 9.  The DaVinci Code by Dan Brown - if only you could truly imagine me trying to teach with this particular book...I live in rural MS...the Bible Belt...with a Baptist church on every corner...where Harry Potter was actually X'd off of every kids' Scholastic book fair order form bc the principal refused to sell the books at "HER school."  Oh, yes, I'm serious. 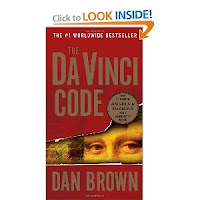 10.  Mennonite in a Little Black Dress by Rhoda Janzen - ok, don't laugh at me; I just finished reading this one.  I hooted with laughter through this one, but I think that's what makes it work.  What most of my students know about Mennonites is that they dress like Little House on the Prairie people and make stuff.  Janzen discusses the Mennonite lifestyle from the point of view of a woman who has chosen to leave the Mennonite community but manages to accept the Mennonite life for what it is and still appreciates the faith, security, and traditions of the community in which she grew up. 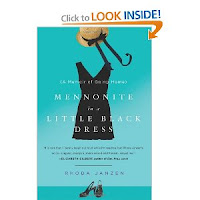 And, there you have it, folks.  My top ten books published in the last 10 years that I hope people are still reading 30 years from now.

- May 29, 2012
Email ThisBlogThis!Share to TwitterShare to FacebookShare to Pinterest
Labels: Top Ten Tuesday