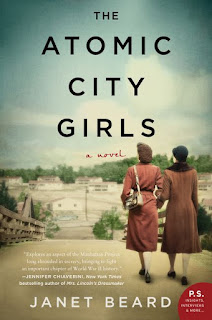 FTC Disclaimer: I received a copy of The Atomic City Girls from the publisher via TLC Book Tours in exchange for an honest review.  The review below and the opinions therein are my own and offered without bias.

The flag was dirty and stained; June couldn't help but wonder if some of the dirt was human blood.  It was horrible to look at, a souvenir of battle, of killing - the kind of thing that should be buried with its owner or left where it was found, far away from this American living room. 123

June looked around for a second time to make sure no one had heard.  She stood motionless for a moment.  After wondering for so long what they were working on, she now recoiled from the truth. 161

Inevitably, he wound up at the canteen.  Max wasn't there so he drank by himself, stewing in his own anger, his sense of having been wrongfully accused overwhelming enough that he didn't stop for a moment to consider that she might be right.  211

Later, when trying to understand his reaction, June would think of only one explanation. Already he was thinking past the victory to the consequences of their work. 250

The Army had begun allowing colored families to live together only a month earlier, finally caving in to the demands from the Colored Camp Council. 254

Cici let out a short, loud breath.  "I'd rather die than be touched by that dirty Jew!" 282 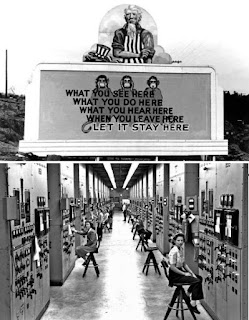 It blows my mind how much I think I know about American history only to find out there is so much more to learn and so much more I actually don't know.  I'm overwhelmed at times about things I think I know but possibly could be just what I've been taught to know.

When I first began reading, the photographs throughout the book kept me looking ahead for more.  At first, I thought the story was going to be about a young farm girl who loses her fiancee in the war and heals her heart through "men's work" during the war.
Boy, was I wrong.
The Atomic City Girls is so much more.

In November 1944, eighteen-year-old June Walker boards an unmarked bus, destined for a city that doesn’t officially exist. Oak Ridge, Tennessee has sprung up in a matter of months—a town of trailers and segregated houses, 24-hour cafeterias, and constant security checks. There, June joins hundreds of other young girls operating massive machines whose purpose is never explained. They know they are helping to win the war, but must ask no questions and reveal nothing to outsiders.
The girls spend their evenings socializing and flirting with soldiers, scientists, and workmen at dances and movies, bowling alleys and canteens. June longs to know more about their top-secret assignment and begins an affair with Sam Cantor, the young Jewish physicist from New York who oversees the lab where she works and understands the end goal only too well, while her beautiful roommate Cici is on her own mission: to find a wealthy husband and escape her sharecropper roots. Across town, African-American construction worker Joe Brewer knows nothing of the government’s plans, only that his new job pays enough to make it worth leaving his family behind, at least for now. But a breach in security will intertwine his fate with June’s search for answers.
When the bombing of Hiroshima brings the truth about Oak Ridge into devastating focus, June must confront her ideals about loyalty, patriotism, and war itself.

Beard's characters carry her story, particularly Charlie and Ann, Sam and June, Cici and Tom, Joe and Moriah.  You either very quickly like them or you don't...and then you may change your mind depending on how they interact with the other characters within this fabricated city where most of them are happily ignorant of the true reason they are all together in this place.
Happily ignorant.
I think that was the most difficult for me.
The few who had issues with their real purpose at Oak Ridge, TN were in the minority.
The others succumbed deeply to propaganda that most of us today would scoff at.
Or, at least I hope we would.
The winds of change are beginning to blow in Oak Ridge, however, and Beard addresses those issues from a variety of viewpoints so the reader fully understands the difficulties involved with changing society...difficulties that I believe we take for granted today.

The Google Factor (I'm a nerd) 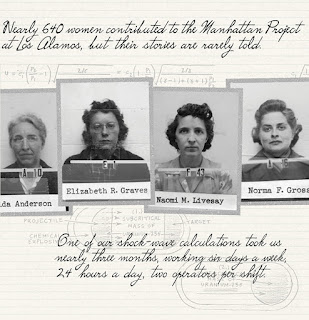 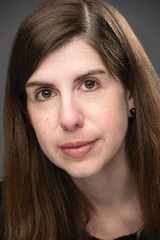