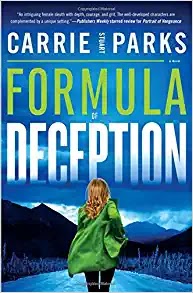 "So, like the Japanese human experiments in Manchuria, you think of people as 'logs." They justified their torture in the name of war.  __________," - she looked at him - "you probably justify your actions in the name of national security.  And you, _________________," she stared at him - "you were willing to kill me to protect your pride and reputation."  She waved her hand at all of them.  "Ultimately, no matter how you justify it, at your core, all of you simply like killing people."
(283)

Purchase Links
Amazon | Books-A-Million | Barnes & Noble | iBooks
Publisher's Synopsis
An artist hiding from an escaped killer uncovers one of World War II’s most dangerous secrets—a secret that desperate men will do anything to keep hidden.
After the murder of her twin sister, Murphy Anderson changed her name and appearance and moved to Kodiak, Alaska, to avoid the press and publicity. But when local authorities discover she’s an artist and request her help in drawing a dying man’s memories, she unintentionally ends up in the limelight again—and back in the killer’s crosshairs.
The deathbed confessions of an Alaskan hunter have Murphy drawing the five bodies he discovered on remote Ruuwaq Island ten years ago. But what investigators find has them mystified. Evidence suggests that the bodies were deliberately destroyed, and what they uncover in an abandoned Quonset hut from World War II only brings more questions.
As one by one the investigators who were at the hut die, Murphy knows there is something much darker at stake. What happened on this island during the war? And who is willing to kill to keep its secrets buried?
My Take
I go through spurts with my reading where I fly through mysteries and thrillers, switch to nonfiction,
spend way too much time on social media, or just read daily shorties.  Formula of Deception
came my way, and I was asked to review it so what the heck...let’s do it.

I'm all about a thriller that happens in the wilderness...in an extreme environment of some kind...where
the weather and the wildlife dictate what you can and cannot do, no matter how evil, no matter how grisly
(or grizzly ;) the situation may be.
Kodiak Island, Alaska is just such a place.
Another huge theme is government coverup, secret experiments, and covered up crimes...I'd say that's a
pretty captivating storyline in our day and time, especially anything to do with Russians, and Formula
of Deception delivers on that note as well...
Carrie Stuart Parks research is highly evident...you really have to pay attention to follow the connections.
I happen to like that...tricks my brain to focus on a puzzle in some way. Formula of Deception is not
even a book where you can read the last few pages and find out "whodunit"...that's another positive
in my book because I may or may not have been known to ruin a story by looking at the end when the
action starts to escalate, and I just can't stand the suspense anymore.
Once Parks got my attention - about 18 pages in - she had me. That's the best part of a thriller to me...
getting caught up in the tension.
Murphy Anderson is a likable new heroin for me...and I'd read another book with her at the helm if Parks
decides to continue this series. Murphy is flawed, physically and psychologically, but a survivor like no
other I've read in a while. Even after losing everything, literally everything, and the circumstances around
which those losses occur, not even knowing where she would sleep some nights, she still keeps clawing.
The ending isn't neat; it certainly shouldn't be. I was surprised, totally caught off guard by one major shift
there...but it worked...and I'm still thinking about it.

If you force me to choose my favorite literary genre, I'll choose historical fiction every time. Mix up
historical fiction and thrillers...
and I'm all yours. The heroes we've learned about aren't always "heroes"...and even true heroes don't
always make
the right choices nor are their badges of honor and medals spotless.
Especially during wartime, lines are crossed...and crossed...and crossed…
Many times we'd like to forget those, and many times those high above our everyday citizen heads are
doing everything they can to make sure we (and anyone associated with questionable decisions) forget
forever.

See what I mean?
Sneaky, conniving, violence, history, psychological, biological weapons, not being able to figure out for sure
who the bad guys and good guys are...or if anybody is anything.

Read it.
My only negatives:
I got a little tired of everybody thinking Murphy was a kid...of course she did too.

Murphy's sister in her ear...this is a characteristic that works itself out in the end, but it got on my
nerves a little before the end - I feel like I've just recently read something that uses the same strategy?

I would have enjoyed a deeper insight of Murphy’s mind...but that’s just me.
I'm all about psychological stuff!
Maybe Parks can go there in the next book :)

The rats! - the way a virus modifies itself - lives and/or dies!!
ACK!
The Author 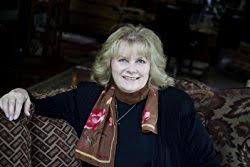