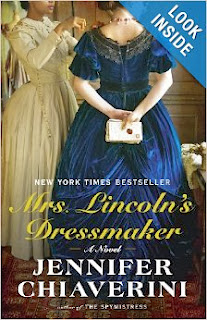 Why? I first became interested in Elizabeth Keckley when I read and reviewed The Lincoln Conspiracy by Timothy O'Brien.

All of Washington City was abuzz with anticipation - and in certain quarters, apprehension - for the arrival of President-Elect Lincoln. (18)

"Shall we go downstairs, Mother?" the president asked his wife.

Excluded from her husband's inner circle, missing her departed sisters and cousins, disdained by the popular ladies of Washington, Mrs. Lincoln often told Elizabeth - sometimes sadly, sometimes in defiance - that Elizabeth was her only true friend within a hundred miles. (45)

Elizabeth felt the room shift and turn around her before all went dark. (65)

Great heaving sobs choked off his words. Tears filled Elizabeth's eyes as she watched the anguished father bury his head in his hands, his angular frame shaking with grief. (82)

Outraged abolitionists insisted that the president seemed incapable of understanding that the surest and swiftest way to win the war and save the Union was to emancipate all slaves everywhere and to allow them to don Union blue and take up arms in service to the nation.  As for Elizabeth, she certainly wanted slavery abolished everywhere.  She wanted colored men to be allowed to enlist as her son, George, had done.  But she also wanted the contraband to be healthy, well fed, educated, employed, and prosperous, and she knew that no amount of wishing could make it so - only hard work and careful planning. (110)

Immediately Elizabeth understood, and she felt humiliated for ever entertaining the slightest expectation of being offered the position.  "His other employees don't wish to work side-by-side with a woman of color." (127)

Her son was, in the eyes of the law, illegitimate.  George was a product of rape, the offspring of a liason she had never desired, and yet, due to the curious morality surrounding race and marriage and the "peculiar institution" of slavery, Elizabeth would suffer for what would be perceived as her sexual indiscretion. (129)

Mrs. Lincoln hesitated, took a deep breath, and said, all in a rush, "I have contracted large debts, of which he knows nothing, and which he will be unable to pay if he is defeated." (172)

"Can he mean it?" Emma asked in a whisper. "Will our men be permitted to vote?"
"I think they will be," Elizabeth whispered in reply, a thrill of excitement putting a tremble in her voice.  Perhaps that would only be the beginning.  Perhaps the lady suffragists would finally have their way too. (213).

Morning came at last, gray and somber.  At half past seven, a distant church bell began to toll, and then another joined it, and another, until all the bells in Washington resounded with the terrible news. (225)

"Tell me, how can I live without my husband any longer?"  Mrs. Lincoln suddenly cried.  "This is my first awakening thought each morning, and as I watch the waves of the turbulent lake under our windows I sometimes feel I should like to go under them." (259).

The New York Citizen: "Has the American public no word of protest against the assumption that its literary taste is of so low grade as to tolerate the back-stairs gossip of Negro servant girls?" (319)

"You who have never suffered cannot understand the full meaning of liberty. (346)

Slowly drawing in a deep breath, Elizabeth nodded.  She did not want his pity.  "When I am in most distress," she said with an effort, keeping her voice calm and even, "I think of what I often heard Mr. Lincoln say to his wife: 'Don't worry, Mother, because all things will come out right. God rules our destinies.'" (349)

"In a life that spanned nearly a century and witnessed some of the most momentous events in American history, Elizabeth Hobbs Keckley was born a slave. A gifted seamstress, she earned her freedom by the skill of her needle, and won the friendship of First Lady Mary Todd Lincoln by her devotion. A sweeping historical novel, Mrs. Lincoln’s Dressmaker illuminates the extraordinary relationship the two women shared, beginning in the hallowed halls of the White House during the trials of the Civil War and enduring almost, but not quite, to the end of Mrs. Lincoln’s days."

The history of the African American woman...so many with so many talents...so many individuals who could have been but weren't bc of slavery.  Just like House Girl's Josephine and Elizabeth Keckley in Mrs. Lincoln's Dressmaker, there were many others that we'll never know because their very identity was stripped from them.  These are losses we cannot recoup. All the more reason to cherish those who we can know.

A glimpse of the Lincolns behind the doors of the White House...their habits, their realness, their partnership.

The deaths...and there were many...are heart wrenching as, of course, I expected, but Chiaverini's writing made me feel the grief, the torment, the "keening."  Wow.

The politics - I'm not a political junkie by any stretch of the imagination...and can even be pretty snarky when it comes to those kinds of discussions.  But, again, Chiaverini helps the reader see history in the making through the layman/woman's eyes.  Even though I knew the story, Chiaverini unfolds it as if it is happening right now, and the reader is a player in the midst.

REALITY - so many times history is spit shined.  Not here. While freeing slaves state by state, signing the Emancipation Proclamation, and finally the Thirteenth Amendment were the right things to do, the reality of streets swarming with illiterate, starving families and field hands with nothing to their names became a social problem, one that needed relief and fast.  Lives were at stake.  The Contraband Relief Association were groups I had never heard of before.  Freedman's Villages were little more than immigration camps with little to sustain them.  Even among abolitionists, there were many who were not prepared to deal with the results of the new laws.  Freeing the slaves was just the beginning, not an end.

More REALITY - Just because the laws of the United States freed slaves, that didn't mean racism disappeared.   In the North, In the South, In the East, and In the West.  I think it's easy for people to blame the Civil War and racism on the South.  Everybody wants to point a finger.  But Northerners in Washington during the Civil War were the ones who didn't want to work with Elizabeth Keckley and a New York City hotel didn't want her on the same floor as white people when she went to help Mrs. Lincoln two years after the President's assassination.  I also read an interview just the other day with actress Alfre Woodard who is originally from Tulsa OK.  Discussing racism, she purported that she was never called "the n word" until she went to college in Boston.  Racism is more than a "Southern thang," and I was so very glad to see that point embedded deeply within Mrs. Lincoln's Dressmaker.

While the Lincolns are obviously a part of this story, they are not THE story.  Mrs. Lincoln's Dressmaker is Elizabeth Keckley's story...the one she deserves.  The famous first family is her backdrop.

The letter from widow Queen Victoria to the newly widowed Mary Lincoln.

If you are in the least bit interested in American history, the Civil War, President Lincoln, Mrs. Lincoln, Elizabeth Keckley, and/or the changing times for former slaves, you'll want to pick this one up. 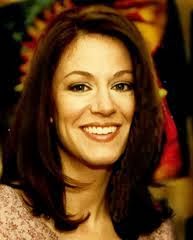